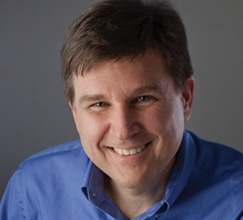 Dr. Douglas Bunting, Jr. understands the meaning of service, having served his country for nearly ten years as an officer in the US Navy. During his time as an active duty officer—and later as a reservist—Dr. Bunting attained the rank of Lieutenant Commander as both a flight surgeon and internist.

In 2005, Dr. Bunting was reactivated and served overseas in Kuwait for a year at the US military Hospital Kuwait.

Before his involvement in the Navy, Dr. Bunting spent an extensive amount of time honing his skills as a researcher and practitioner. Graduating from East Carolina University School of Medicine in Greenville, North Carolina with his medical degree, Dr. Bunting would soon complete his Internal Medicine Internship and Residency from Wake Forest University—The Bowman Gray School of Medicine in Winston-Salem.

Following his internship, Dr. Bunting received training as part of his Nephrology Fellowship at the Wake Forest University Baptist Medical Center, also in Winston-Salem, North Carolina, and later went on to serve as Medical Director for Boice-Willis Clinic’s inpatient and outpatient dialysis centers around the Rocky Mount, North Carolina community.

His patients refer to him as a man with boundless patience who takes the time to listen. It’s this level of respect that allows his patients to feel extremely comfortable when in his care.

Back
﻿
___
some contents for my popup box