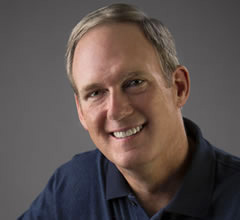 A native of Oklahoma, Dr. Ronnie Wiles moved to Pensacola in July 1999 and helped found Renalus Center for Kidney Care, previously Pensacola Nephrology, PA, from its inception. Ever since, he has been busy helping patients with their medical needs throughout the community.

He began his medical journey earning a bachelor's degree in Chemistry and Biology at Cameron University in Lawton, Oklahoma. He then attended the University of Oklahoma where he graduated in 1994 with his Doctorate of Medicine degree. He completed his Internal Medicine residency and fellowship in Nephrology at the University of Oklahoma and received many awards including the Chief Resident's Award for "Outstanding Resident in Medicine." Also during this time, Dr. Wiles worked as an Emergency Room physician at the Veteran's Administration Medical Center in Oklahoma City. Prior to his medical training, he studied computer programming and earned a bachelor's degree in Data Processing.

Dr. Wiles also serves as clinical assistant professor at Florida State University College of Medicine and participates in medical student education. Additionally, he is closely involved in the resident physician training program within the Sacred Heart Hospital System. Dr. Wiles has served on numerous hospital committees over the past decade, including serving as President of the Medical staff at Baptist Hospital.

"Patients most appreciate the fact that I strive to deliver quality compassionate care while trying to minimize the complexities that are often associated with this field of medicine."

Back
﻿
___
some contents for my popup box